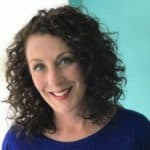 There is an immense amount of data at our fingertips to shed light on people’s life expectancy and the underlying positive and negative causes throughout time. What does that data tell us about the life expectancy of adults in the U.S., both from a century ago and today? In this article, we explore impacts on life expectancy, innovations, and improvements. We’ll also cover how to create a life plan to match your life expectancy.

Life expectancy data tells us the average number of years of life a person who has attained a given age can expect to live. Life tables can also be used to compare how life expectancy has improved (or declined) over time.1 The above table shows the changes in life expectancy in the United States from 1900 to 2000 based on gender and race. The data is also broken down by birth, age 65, and age 75. For example, if you were a 65-year-old white male in 1950, you would be expected to live another 12.8 years. As life expectancy data from the early 20th century was not as comprehensive as it is today, we have included a dash for any data that was not accessible. In addition to an overall lack of comprehensive data prior to the 1950s, the Centers for Disease Control and Prevention (CDC) explains that data was not available consistently for the Black population due to changes in categories of race used in publications.2

Inside Tip: The history of senior living and our long-term care system is quite complex. Head over to our comprehensive senior living history guide to examine the events and decisions that changed the way we have provided (and paid for) the care of older adults over the years. 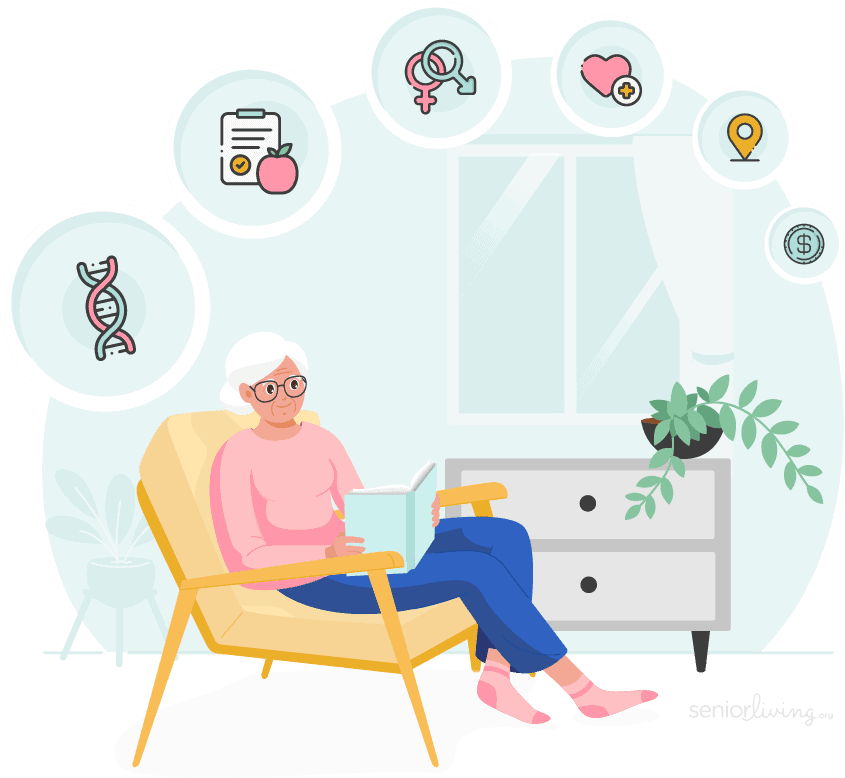 Many factors impact an individual’s life expectancy, such as war, disease, genetics, diet, lifestyle, gender, and health. Additional factors like crime, environmental toxins, the availability of safe and affordable housing, and income status also impact people’s ability to live long, healthy lives.3 As we explore this data, consider what factors impact your own life expectancy. The encouraging news is that life expectancy is expanding and people are living longer than they once did. Let’s take a closer look at the progress over the last century.

Healthy Lifestyle Factors: According to the American Heart Association, Americans can increase life expectancy at age 50 by 14 years for women and 12.2 years for men by adopting five lifestyle habits: getting regular physical activity, not smoking, adopting a healthy diet, maintaining a healthy BMI, and consuming alcohol in moderation.4

In 1900, the life expectancy for white men was 46.6 years. A Black man’s life expectancy was considerably less at 32.5 years. Fast-forward to the year 2000 and the statistics are far more positive. A white man’s life expectancy in the year 2000 was 74.7, and a Black man’s was 68.2. However, premature death was a major factor in the late 1920s and throughout the 1930s. The Great Depression wreaked havoc on all genders and races from 1929 through 1939. Sadly, suicide mortality peaked with unemployment in the most recessionary years: 1921, 1932, and 1938.5 During World War II, about 12 percent of the total U.S. population was part of the armed forces, according to Census Bureau and Department of Defense data. The data also reports that the U.S. would experience over 400,000 military personnel deaths.6

1950s Medical Innovations: The jump in life expectancy in 1950 was due in part to advancements in medicine, such as the development of the external pacemaker in 1952 and the first successful open-heart surgery in 1953.

Despite the harsh challenges of the Great Depression and World War II, life expectancy in the 1930s rose for both white and Black men. It was expected that white males would live until the age of 59.7. The life expectancy for Black males was 47.3.

Did You Know: Between 1900 and 1929, increased life expectancy revealed the urgent need for long-term care solutions. Prior to the Great Depression, only six states and territories had old-age assistance programs.

Life expectancy for women has increased dramatically since the 1900s, thanks in part to healthier mothers and babies. At the beginning of the 20th century, for every 1,000 live births, six to nine women in the United States died of pregnancy-related complications, and approximately 100 infants died before their first birthday.7 According to the Centers for Disease Control and Prevention’s Achievements in Public Health 1900-1999 report, maternal mortality rates were highest in this century from 1900 to 1930. Poor obstetric education and delivery practices were mainly responsible for the high numbers of maternal deaths, most of which were preventable. 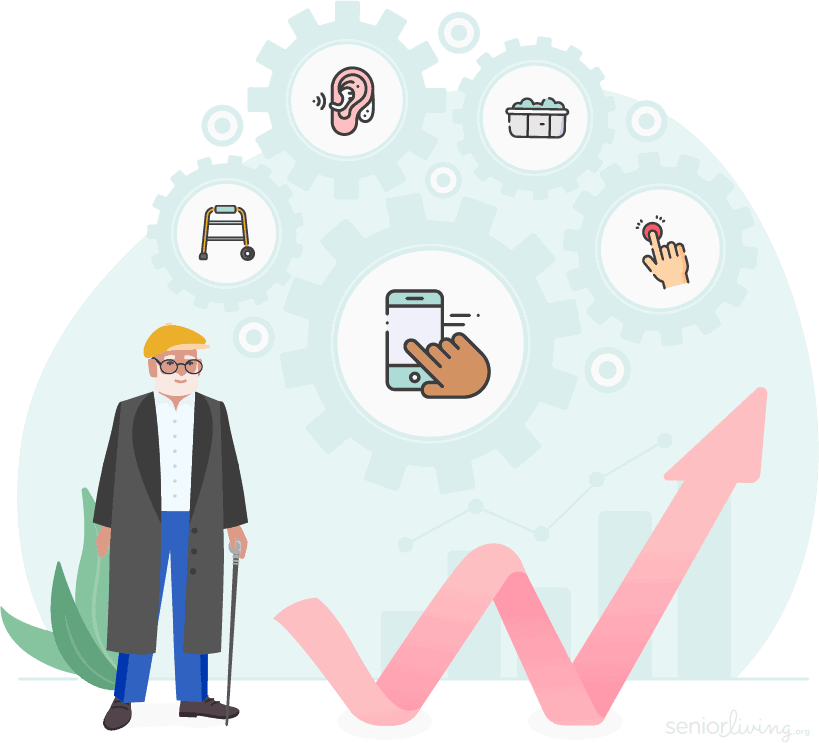 The data shows us that as technology improves, and advancements in medicine and medical procedures improve, the life expectancy of both men and women expands.

As resources (and access to them) increase, older adults can take advantage of medical equipment and smart devices to aid in their well-being. These are some key resources:

The quality of senior care directly affects an individual’s quality of life. A 1955 study by the Council of State Governments reported that the majority of nursing homes were functioning with low standards of service and relatively untrained personnel.8 Improvements of and expansion of care include:

1920s Medical Breakthroughs: Several major medical breakthroughs occurred in the ’20s, and all helped to improve life expectancy. Penicillin was discovered, insulin was first used to treat diabetes, and vaccines were created for diphtheria, whooping cough, tuberculosis, and tetanus.9

The National Center for Health Statistics (NCHS) reports the five major causes of death in the United States during 1900, 1950, and 2000.10 As you’ll see in the chart below, mortality causes and critical public health concerns evolve over the century.

Stroke and Life Expectancy: Someone in the United States has a stroke every 40 seconds. Black Americans are at twice the risk for stroke compared to white Americans, and they have the highest rate of death due to stroke.11 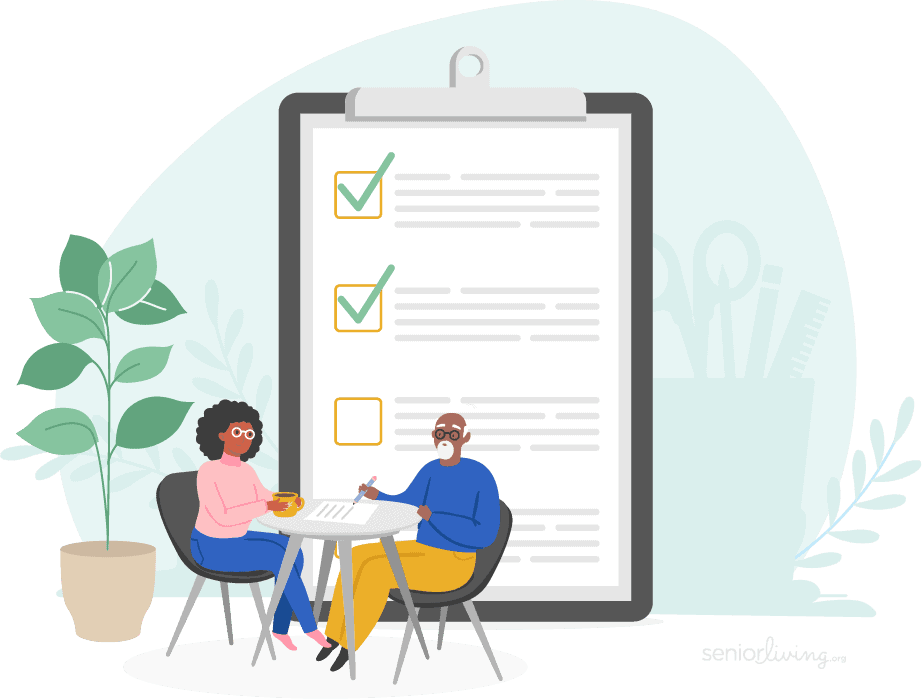 People born today will have a longer life expectancy than that of their parents, and that trend could further increase as time passes. It is quite possible that as Americans, we could top the century mark for life expectancy for all men, women, and every heritage that calls the U.S. home. That means we must look to the future to make sure we have the resources in place to meet our needs as we age. As you create your personalized life plan, consider the following factors and how they will affect the later years of your life:

Maureen joined SeniorLiving.org with more than 10 years of experience writing in health, lifestyle, and nutrition for premium brands like General Mills, Westinghouse, and Bristol Myers Squibb. Her passion for empowering older adults is evident in coverage of topics like retirement, health… Learn More About Maureen Stanley