From the neighborhood to the world: Starkey Hearing Aids 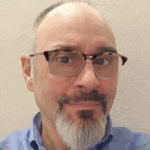 One of the great things about the U.S. is that someone can start a company in a garage or dorm room and grow it into a multi-national powerhouse. That certainly happened with Starkey. Founded in 1970 by Bill Austin,1 Starkey is the only U.S. member of what is known as the “Big Six” international hearing aid manufacturers.

When I was in graduate school in the late 80’s Starkey was the go-to company for tricky in-the-ear (ITE) hearing aids, particularly those for people with profound hearing loss. Under Austin’s leadership, Starkey was very focused on giving those with very poor hearing the option to wear whatever hearing aid style they wanted.

Many years later, I had the pleasure of meeting and having dinner with the original “Incredible Hulk” Lou Ferrigno at a Starkey Foundation Gala. I knew that he had severe to profound hearing loss, but I didn’t notice any hearing aids. When I asked about it, he pulled out his Starkey multi-speaker completely-in-canal (CIC) devices made personally by Bill Austin. He told me that he loved them for public appearances where his usual power behind-the-ear (BTE) hearing aids would have been too visible.

A quick note on the Starkey Foundation.2 Spearheaded by Austin and his wife Tani, this charity travels the globe and the U.S. providing hearing tests and donated Starkey hearing aids to millions of kids and adults every year. Between 2001 and 2006, I worked for a software company within the hearing aid industry and had the opportunity to attend their annual Gala several times. The central focus of all those in attendance, celebrity or Everyman, was, and continues to be, helping people hear.

Starkey continues to innovate and now offers a wide range of products. They are distributed through the VA, private multi-line audiologists and dispensers, and also through Starkey-owned stores under the Starkey and Audible brands. Read on to learn about my personal experience with this brand!

The Thrive platform includes Starkey’s Livio, Livio AI, Livio AI Edge, and Evolve AI products. These products are “made for iPhone” and were designed to bridge the divide between a medical device and wearable consumer electronics.

The hearing aid processing is arguably equivalent to premium products from other big players. What is significantly different is that this line of hearing aids features sensors that help users track “body” and “brain” activities, including your daily steps, heart rate, and time spent actively engaging in conversations, using the Thrive smartphone app. It’s an interesting way to attract folks like me who are in their mid-50s and spend more time than we should staring at a screen. The research on the benefits of this kind of tracking is mostly internal, but if you already track this stuff and need hearing aids, combining them might make sense. Another unique feature in the top-of-the-line products, Livio Edge AI and Evolve AI, is fall detection. If you or someone you care for has a history of falls, this feature is excellent, and it's very unique for the hearing aid industry.

FYI: Visit our list of the best hearing aids in 2022 to compare Starkey to our other top picks!

A final breakout for this line of hearing aids is that Starkey has managed to provide a rechargeable option in all form factors, from BTE to in-the-canal (ITC). Starkey's ITC devices have gold charging contacts, and, like other manufacturers, Starkey provides a high tech black version to appeal to the folks who wear something stuck in their ears anyway and aren’t trying to hide their hearing device. For those who prefer, these same products are available with a zinc-air battery.

Starkey offers two different chargers for these products. The standard charger provides an “all-day” charge (about 16 to 20 hours depending on streaming behavior) in a few hours. The TurboCharger provides 3.5 hours of wear time in seven minutes and has a power bank that can fully charge the devices fourr times per charge. This is very helpful in places like Florida where seasonal weather creates the probability of periodic power outages.

The Thrive line of products is compatible with several smartphone apps and a few accessories to help with background noise and reverberation.

The Thrive line is compatible with two remote clip-on microphones: Remote Microphone and Mini Remote Microphone. The Remote Microphone captures sound but can also stream audio through receivers like the Phonak Roger X or a Bluetooth connection (helpful if you have an Android phone or tablet). It also includes a Telecoil. By the specs, it sizes up well against the ReSound MultiMic and would be a good multi-function tool.

The Mini Remote Mic doesn’t include the Bluetooth or audio input options, so it must be clipped or placed very close to the source (around five inches) to be effective.

This device connects via an analog or digital cable to your TV or cable box and then streams the signal to the hearing aids. Once connected, these are pretty straightforward and help counteract the negative effects of distance, reverberation, and background noise on TV listening, particularly in large rooms with vaulted ceilings and hard floors.

For those who aren’t all about the smartphone apps and have trouble with the relatively small buttons on hearing aids, Starkey offers a standalone remote control. About the size of a business card case, this simple remote is a newer version of a longstanding and successful Starkey SurfLink Remote which we’ll get to in a bit.

Starkey's Synergy platform uses 900 MHz wireless, which Starkey has used for many years in their SurfLink accessories. The current platform provides an excellent range of high-quality hearing aids, including custom-fit Picasso devices, at a good range of prices. Like the Thrive line, the Synergy line is compatible with a Remote Control (SurfLink Remote), TV streamer (SurfLink Media 2), and remote microphone (SurfLink Remote Microphone 2). Also, they offer a small Bluetooth receiver that plugs into the Remote Microphone to provide Bluetooth streaming and background noise control.

I’ve used SurfLink products for years and have always found them to be reliable and easy to use.

Hardware-wise, I have historically found Starkey’s build quality to be on par with others. Like other providers, they occasionally have a design that shows more failures, but I have always found them to be responsive when it comes to repairs, replacements, and learning lessons for future models.

Their focus since the early days was on custom ITE solutions and all-make repairs, which they still excel at. It’s pretty common in the hearing aid industry for a manufacturer to only repair their own devices if they are less than five years old. They will sometimes deviate from that but usually tack on a hefty price to do that legacy work.

Starkey has always honored repair requests for any of their older models, even if they no longer sell them. This sets them up from other top providers in the industry. My patients and I have always been happy with these services.

Starkey's pricing is all over the place. You'll find that costs vary by location and provider. The company has Starkey dealerships, and they also offer their products through local dispensers and audiologists. As one would imagine, in a closed-loop shop, prices tend to be a bit higher. On the other hand, they work very hard with independent folks to make their products competitive at the wholesale level. Depending on the pricing structure of the practice, you can find Starkey hearing aids with prices comparable to other major manufacturers. Starkey also participates in several large buying groups which helps keep the wholesale prices down.

Starkey has contracted with the VA for several years, so anyone who qualifies for basic VA healthcare can obtain top-of-the-line Thrive hearing aids and accessories at no cost. To learn more about financing options and ways to find free or discounted hearing aids, watch my interview with our Editor in Chief, Jeff Hoyt, below.

Starkey is a great example of the American Dream. Built on the passion and elbow grease of Bill Austin, it’s become one of the 800-pound gorillas of hearing aids and continues to push the envelope of possibility in hearing enhancement. Throughout my almost 30 years in practice, they were always one of my serious considerations for patients. With very few exceptions, I feel confident in recommending them to my patients.

Thanks to Davie Fabry, Ph.D., Chief Innovations Officer at Starkey for information and images for this review.