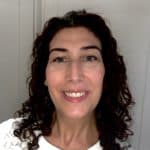 Find Memory Care Near You

Find Memory Care Near You:

Most of us know someone who has been impacted by Alzheimer’s disease, whether it’s touched our own family or a friend’s loved ones. Nationally, the month of November is known as Alzheimer’s Disease Awareness Month. Recognizing the need for heightened awareness of this disease, President Ronald Reagan made this designation in 1983. According to the Alzheimer’s Association,1 there were less than two million Americans with Alzheimer’s disease at that time. That number has increased to nearly six million nationally. According to the World Health Organization (WHO),2 roughly 50 million people worldwide live with Alzheimer's disease and other types of dementia.

Whether it’s during November or any other time of the year, understanding Alzheimer’s disease can improve the quality of life for those with previously undiagnosed Alzheimer’s. And that’s what National Alzheimer’s Disease Awareness Month is all about! In this guide to Alzheimer’s Awareness, we’ll cover:

What is Alzheimer’s Disease?

Although everyone experiences a change in brain function as they age, what occurs with Alzheimer’s disease is not a normal part of aging. Alzheimer’s is a progressive neurodegenerative disease, which means it gets worse over time, and the person affected eventually loses the ability to accomplish daily tasks.

Memory loss, such as frequently forgetting names, words, or new information, is typically one of the first warning signs of Alzheimer’s disease. Although unwanted and frustrating, occasional memory lapses and instances of mild forgetfulness do not mean that a person has Alzheimer’s. One clear distinction for any dementia diagnosis, including Alzheimer’s, is that memory struggles and other symptoms need to be significant enough to impair someone’s ability to accomplish everyday tasks independently. These tasks are often referred to as Instrumental Activities of Daily Living (IADLs). IADLs include things like:

At the beginning of Alzheimer’s disease, struggles with memory, communication, and planning may be frequent but mild. As the disease progresses, those diagnosed experience gradual changes in behavior and declines in memory, navigational abilities, and communication. At the moderate stages, impaired judgment and confusion occur more frequently, and behaviors may include wandering, repeated questioning, and suspicion of others. Individuals may need support with self-care and multi-step tasks. At the severe stages, those with Alzheimer’s may become unaware of their environment, lose the ability to carry on a conversation, and require daily assistance with personal needs. After diagnosis, those with Alzheimer’s disease typically live an average of three to ten years but can survive for up to 20 years, depending on other health factors. Official causes of death are often related to falls, infections like pneumonia, or malnutrition, given the impact of Alzheimer’s on the ability to eat and swallow in the more advanced stages of the disease.

Although older adults aged 65 and over are more likely to develop Alzheimer’s disease, a very small percentage of people develop early-onset Alzheimer's disease at a much younger age. Early-onset dementia is mostly hereditary and can occur as early as your thirties, forties, and fifties.

The sooner a diagnosis is made, the sooner someone can work with their medical team to optimize the treatment of physical and mental health conditions. Optimal physical health, regular medical follow-up, socialization, activity, nutrition, and overall well-being can make a big difference in dementia symptoms and progression.

For more information on symptoms and warning signs of dementia, watch my interview below with SeniorLiving.org Editor-in-Chief, Jeff Hoyt.

Unfortunately, there are no drugs or treatments that can cure Alzheimer’s disease. No known medications or treatments appear to stop the deterioration and ultimate death of brain cells, which is what makes the disease progress. Current Alzheimer's treatments may temporarily improve symptoms or slow down memory loss and difficulties with thinking and reasoning, or they may attempt to manage the disease's behavioral symptoms.

Medications offered at the mild to moderate stages of Alzheimer’s often seek to prevent the breakdown of brain chemicals important for memory and thinking. At more moderate to severe stages, medications aim to decrease symptoms, focusing on helping people maintain daily function a little longer than they would have otherwise.

There are many different research studies and clinical trials on Alzheimer’s disease. Those with Alzheimer’s disease, caregivers of those with dementia, and healthy volunteers can all participate. Studies with healthy volunteers are particularly useful for exploring preclinical Alzheimer’s disease, with the goal of intervening as early as possible in the disease progression, even before developing cognitive symptoms. All studies have inclusion and exclusion criteria that limit who can participate. If you are interested in participating in research, you can make yourself available to many local and national studies by joining a registry or research trial matching service. Two such services are the Alzheimer Prevention Registry4 and TrialMatch5.

Although there is no cure for Alzheimer’s disease, there are things you can do to help a loved one and support them through their difficulties and struggles.

Most caregivers find that using some of these approaches helps them communicate and connect to their loved ones with Alzheimer’s.

During Alzheimer’s Disease Awareness Month, organizations like the Alzheimer’s Association work to educate the public about the disease. They discuss some of the areas mentioned above, symptoms, treatments, and coping.

In the months leading up to November, there are often many “memory walks” to raise awareness about the disease and raise money for research. You can find a walk near you6 (many are now occurring virtually due to the pandemic) or find out more about how you can get involved.
Throughout the year, donations for Alzheimer’s research and programming are always welcomed. Organizations are also always looking for volunteers or friendly visitors to work with those with Alzheimer’s. If interested, you can look in your area to find out where you can volunteer your time.

Many people opt to take part in the National Memory Screening Program7. This free program is available nationwide and provides confidential memory screenings to anyone interested. During the coronavirus pandemic, these screenings happen regularly and virtually. Participation in this program is an excellent way to see if you or a loved one is experiencing memory problems. Speaking to your primary care physician or medical team is also very helpful, and they may be able to do a memory screen during your office visit.

During November and throughout the year, being aware of the signs and symptoms of Alzheimer’s disease and joining the fight against it can make a real impact on your loved ones and community.

Want to learn more about the behavioral and psychological symptoms of dementia and Alzeimer’s? Watch the video below!

Dr. Abby Altman is a geropsychologist and a consultant for SeniorLiving.org on the subjects of senior mental health and healthy aging. As a daughter of an occupational therapist working in nursing homes, Abby Altman, Ph.D., learned from a young age to appreciate… Learn More About Abby Altman