Happiness — it’s a concept that’s listed an inalienable right in the U.S. Declaration of Independence despite being almost impossible to define. After all, what makes a person happy? Is that the same stuff that makes every other person happy, too? And is that what will always make a person happy for the rest of their life?

In other words, this feeling that we can’t really define changes from person to person and even changes from year to year. But the pursuit of this state is a key part of the very founding of this country.

So how are we doing? Are Americans happy? Generally, according to recent survey data, the answer is clearly yes, but there are major reasons for concern. The General Social Survey, a long-running study on American happiness, found that about 85% of Americans say they are either pretty happy or very happy. But while this represents a clear majority of Americans, this figure is down from a high of 91% in 1990.

Part of understanding whether you’re happy is getting your arms around what makes you happy, which, though it may vary a bit from person to person, generally involves a few common threads: relationships with other people, income (particularly disposable income), leisure time and physical health.

We wanted to understand how different cities across the United States rate when it comes to residents’ potential for happiness, so we looked at hundreds of cities across an array of economic, health, social and other metrics to see how much better (or worse) they have it than the average American.

What we found was that there were nearly two dozen cities that tend to have happiness metrics that are far better than what the average American experiences. From higher wages to longer lifespans to shorter commutes, we think the people in these cities should be among the very happiest Americans.

You can jump to the bottom of the page to see a full breakdown of our methodology, but in this study, we compared overall national rates to statistics in each city that covered the following:

For each city, we calculated a percentage over or under the overall national rate for each category and then averaged each city’s over/under percentage to calculate that city’s overall average percentage. In this formula, lower numbers are better. 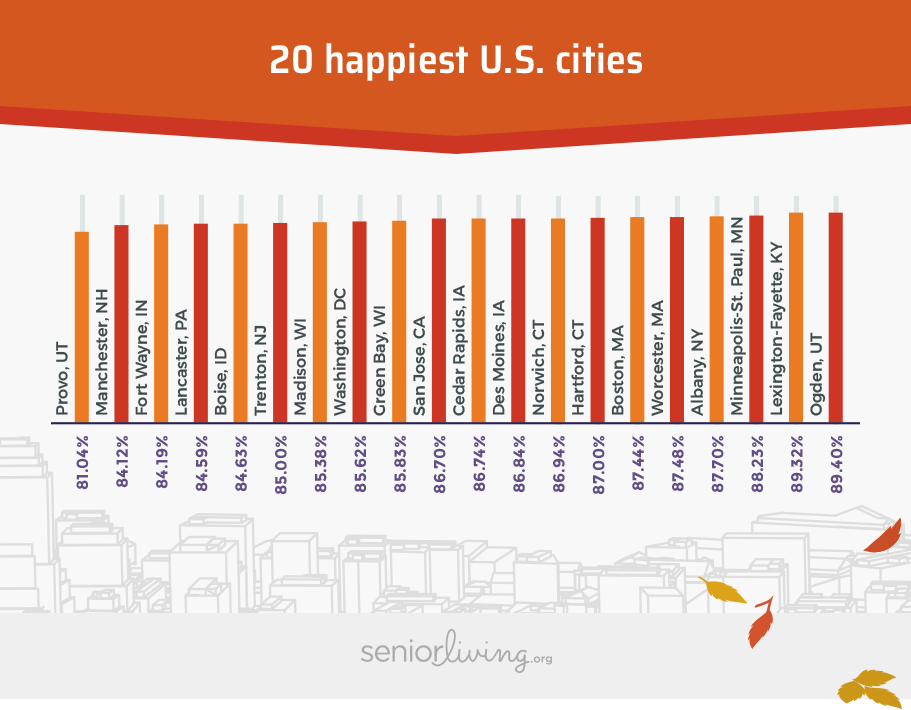 The top 20 opens and closes with two cities in Utah, Provo, which comes in at No. 1, and Ogden, which takes the 20th spot. Utah joins four other states with two cities on the list — Connecticut, Iowa, Massachusetts and Wisconsin. Eight of the top 20 cities are in the Northeast, while the Midwest has six, the West four and the South two.

Here’s a closer look at life in the top 20 happiest cities:

Here’s a look at the national leaders when it comes to financial matters: 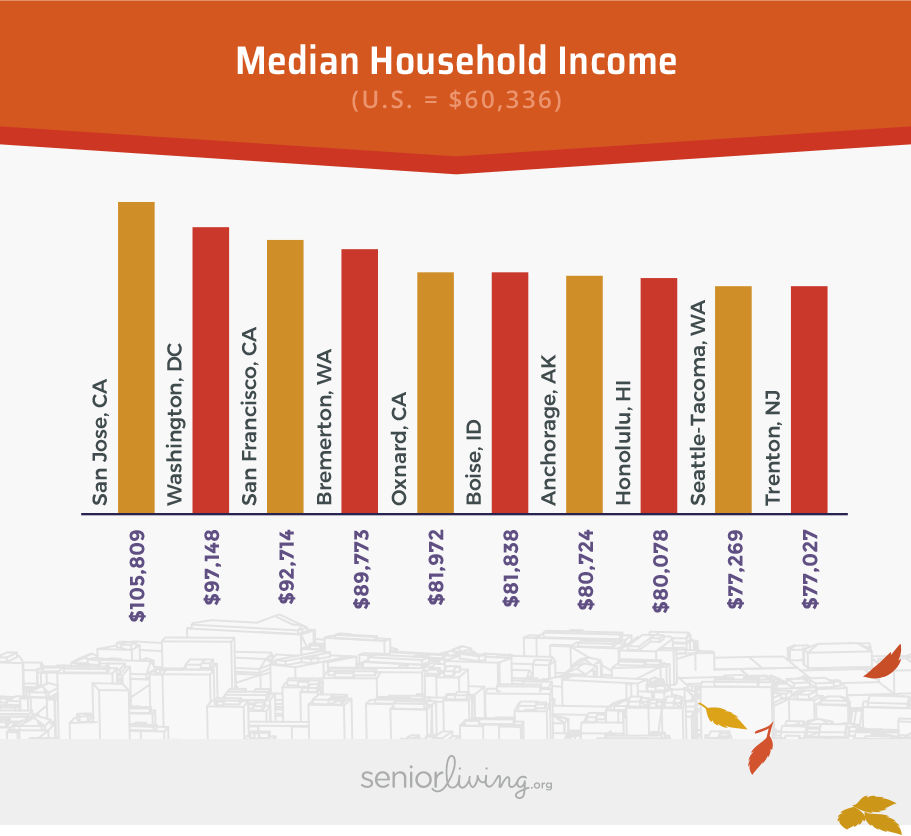 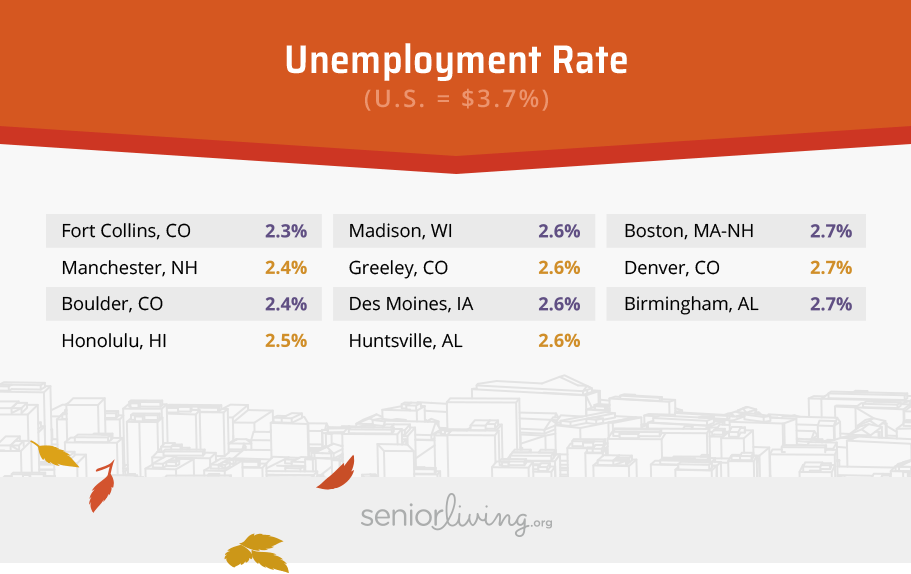 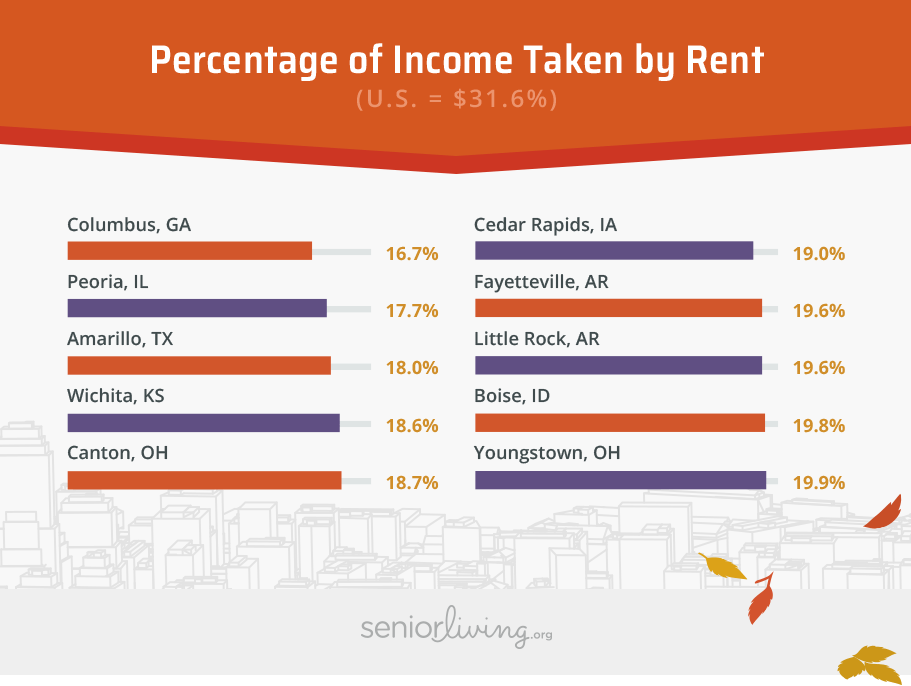 Here are the cities that lead the way when it comes to health and wellness: 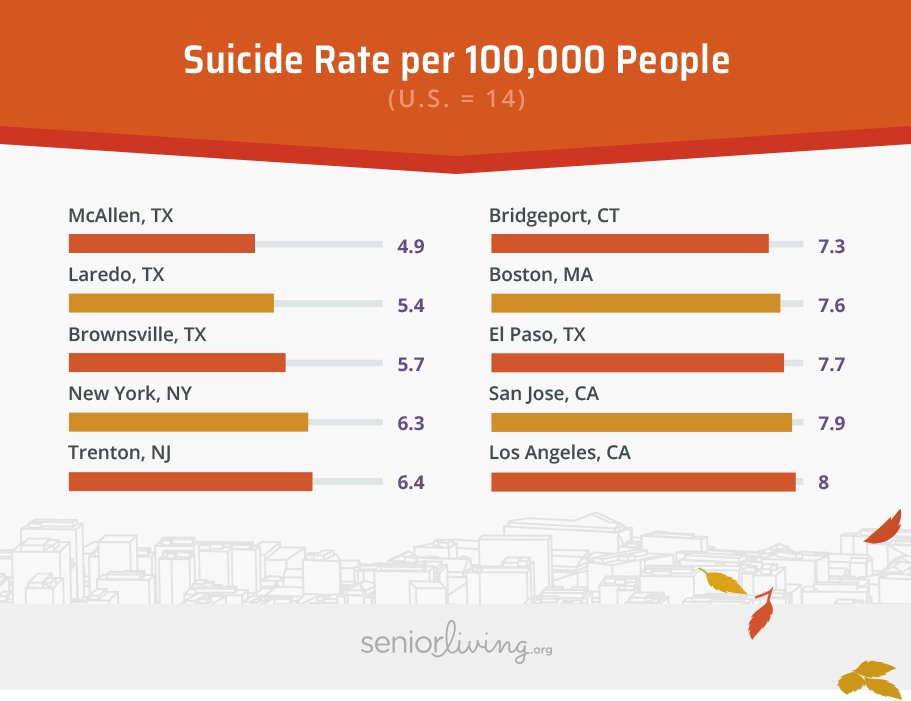 These cities are the best in the nation for crime rates, household size and commute times: 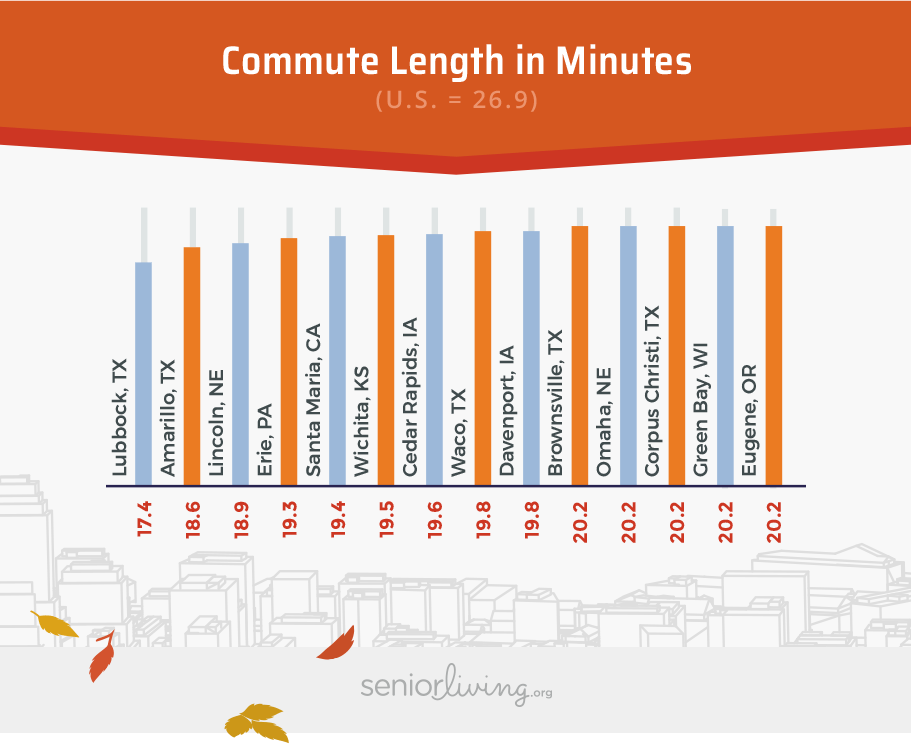 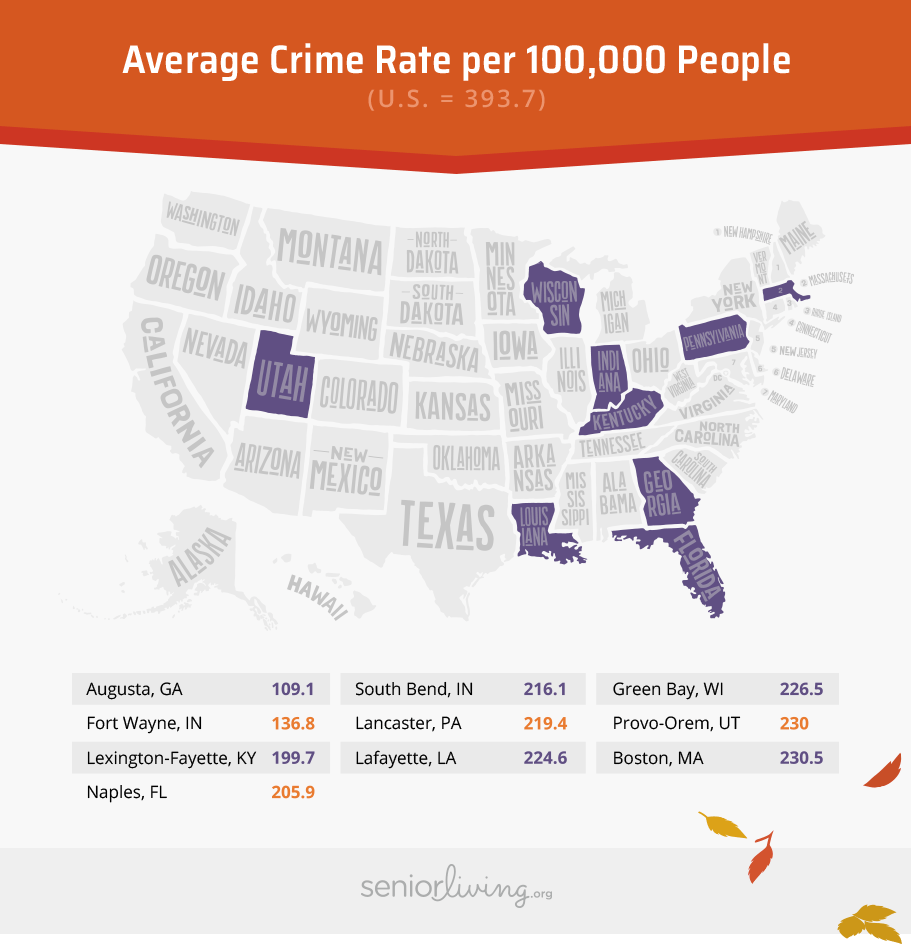 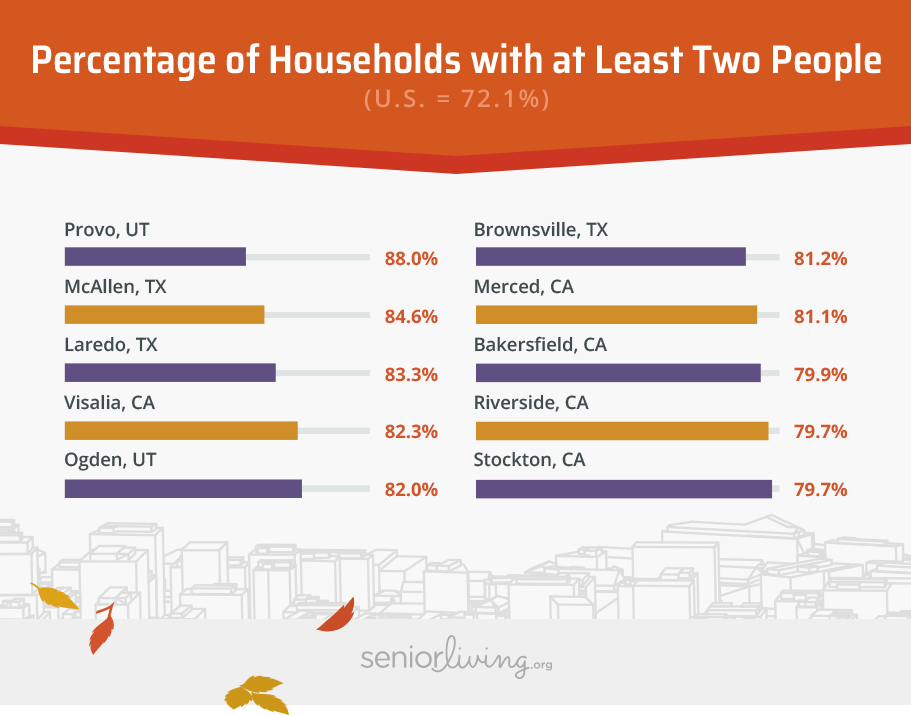 We think data indicates that the cities we’ve discussed present the best chance among all American cities for residents to be happy, but, as we all know, happiness is far from a quantifiable concept for the majority of people. Some of us need more money to be happy, while others need more free time to feel truly content, while still others stake more of their happiness on their families. If it’s true that life is what you make of it, living in one of our 20 happiest cities may help make your life a bit happier.

We calculated which cities present the best chances for happiness by gathering data for nearly 1,000 cities across several categories, narrowing the list to about 185 that had consistently available information. We then compared the figures for each of those cities by national rates so that cities with lower percentages boast a better-than-U.S. average situation for each category. To calculate our ranking, we figured an average across all seven categories for each city.

For instance, Provo, Utah, which took the top spot in our ranking, had an overall average percentage of 81%, far below the all-city average of 99.4%, which means that generally, people in Provo live longer, earn more and are subject to crime less frequently, to name just a few of the categories, than the average American.

Here’s a look at where we got the data for each category:

The text and images included here are free to use for noncommercial reasons. If you want to share anything from this page, please provide a link back to this URL.